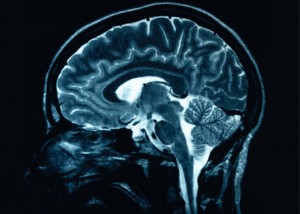 Yes, I think it can.

Some have argued no. They say you could use a time machine and take baby from ancient China and raise it in our modern world. This baby would adapt just perfectly fine or at least just as well as all the rest of us have. And this is true. But I’d argue that this is only looking over a very narrow and transitional circumstance and that it won’t remain true for long.

Practically all babies and children in these modern times are born and raised in ways that hardly distinguishable from ancient China or Mesopotamia. Sure, medical technology and has made child birth a much more reliable and less risky affair but mostly babies roll off the assembly line, mostly haphazardly, like they’ve always done.

Teachers may argue otherwise, but education has also changed very little since Sumerian times: herd a bunch of students into a room, rant at them for a few hours, make them do lot of rote memorization and hope that something sticks. Really the only major change in education in the last 50,000 years was during the industrialization period. There, it was realized that mass education was necessary for the basic literacy and numeracy needed to run a modern industrial or post-industrial economy.  Since that time about 300 years ago, nothing has really changed in education and pedagogical technology–it’s still essentially shout at brain and hope that something sticks.

Genetic screen technology continues to advance and now parents are given opportunities and forced to confront choices about their child’s makeup that just weren’t possible in ancient China. It should be technically possible to change the human body fundamentally from the molecules on up eventually. This allows for massive extension and alteration of our basic biology that just wasn’t possible 50,000 years ago. If you change the body that fundamentally, does human nature remain the same?

A even more fundamental change is in the making. Technology has slowly emerged that allows us to change the operation of the human brain. So far this technology has been staggeringly primitive, the equivalent of trying to adjust a computer with a sledgehammer. Prozac and Ritalin? Ha, don’t make me laugh! But eventually we will have the ability to edit the brain on the molecular level. We’ll be able to rewrite the neuron’s DNA, alter the hormonal soup it swims, shape its dendrites and axons and change the chemical gates of  synapses with the speed and precision of editing a hard drive. It may take a us a few centuries yet, but I foresee no barrier to this.  The mind is human nature right?

If technology allows me to move my mind to a synthetic brain and a synthetic body, will my old human nature remain the same for long? My biology has fundamentally changed. The way my new brain and senses operate will change the way I experience the world fundamentally. I don’t see how I’d be able to retain the old drives and interests the evolution forced on me for long. The rules of the game will have changed fundamentally.

Why would I want to do that? Well, if you asked a younger version of me, I would have said it was because I hated the human condition. I had no choice in being brought into it and the actions and perversity of my fellows just appalled and disgusted me. And while that feeling is still paritally there, especially when I’m in a bad mood, I’ve mellowed a bit and now, I’d say it’s because I’m kinda bored with the human condition.

Which is weird for me to say because I’m a very risk averse person and yet, I seem willing to do something that in some ways is even scarier then bungie jumping.