The Business Equivalent of Skynet. 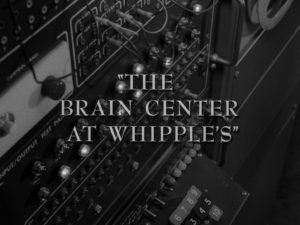 This didn’t come from a dream but I had a great idea for a science fiction story!

Some ten or twenty years of upgrades later, they have vaulted onto the world stage, stolen most of the market share from Starbucks only to lead by diversifying into many industries, like Amazon or General Electric. 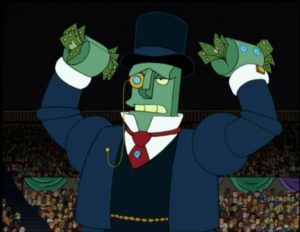 Silly Crab Coffee becomes the business version of Skynet. Not incinerating us with nuclear weapons and killer robots but essentially taking over our global economy and leveraging government corruption and human nature–like Asimov’s “Evitable Conflict” or his “All the Troubles of the World”–to get what it wants. Or maybe not, maybe the software remains true to its core directives and does whatever it can, legally, financial, politically to protect it’s tiny 20 stake-holding workers?

I wrote about five pages of stuff but, the problem is I know too many details. The story gets bogged down with a lot of dull explanation and then I ran out of steam. Maybe I’ll take a another swing at later.

This entry was posted in Science Fiction. Bookmark the permalink.