Deep philosophical questions about the nature of God and the meaning of existence aside, I can point to many religious scientists who have no trouble accepting and refining our understanding of evolution by natural selection, abiogenesis, cosmology and the Big Bang without muddying the waters with mythology. I just wish more ordinary people were like this. 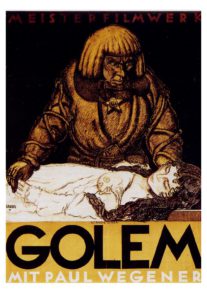 The acceptance of this, provided you’re philosophically sophisticated, is not an attack on a person’s religious beliefs. Science has accumulated more than 500 years of evidence that the forms and functions of nature don’t require an engineer. As I said, there are many religious scientists who accept the whole of Darwin’s idea and who have no problem with accepting natural explanations in the Big Bang or the Standard Model.

I realize this is hopeless semantic hairsplitting but, I just wish we’d stop seeing lazy headlines that read, “…the Designs  of Nature….” Case in point, this Vox video about  engineering by biomimicry:

Sloppy use of language causes so much needless confusion in understanding these subjects. This is not just another cliched complaint about nonsense like creationism and intelligent design. This sloppiness bleeds into many areas of science that are not closely related to the evolution of human beings. For example, artificial intelligence, cosmology, chemical evolution and cognitive science still contend in flushing out magic, teleology and mysticism in new forms. It’s my thinking that these all areas contend with two problems:

Yes, we are machines but, machines don’t need a designer and there is no supernatural division between life and death, mind and incognizance.

This complaint of mine is a huge subject. I could point to endless examples where this same confusion comes up again and again. But I’m not a scientist or philosopher. Maybe I should just leave it here.