Neither snow nor rain nor heat nor gloom… 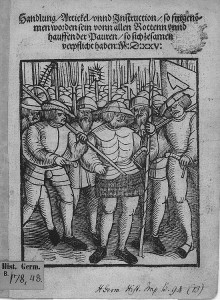 So the entries here should become more frequent this year as I start recording a new plot in my RPG campaign, Udra.

About two or so years ago, my old plot thread, Circus of the Mighty, dissolved as two key players moved away–and four years before that, another dying. In the early days of the Circus plot most of the player’s characters were working for the newly created Royal Postal and Surveying Service. The Circus didn’t remain there long but, the idea of postal carriers in a world of high fantasy, monsters and magic stuck in my head.

Think about it. You’re a monarch trying to run an efficient state in a world where monsters, magic and all manner of violent weirdness exists. How do you carry out reliable communications and shipping in such a world? Well, sure there are spells that can help you do that. But the experts that can perform these spells are hard to come by and have a monopoly which allows them to charge through the nose. How do you get around that? How do you assure that you don’t have to rely on the Guild of Wizards and Sorcerers to maintain communications or shipping in your kingdom which is filled with dangerous monsters and magical hazards of all kinds?

You create a postal service and give them the military, police and magic power to see that the mail does go through!

These are no ordinary, boring, colorless government clerks! These are formidable specialists, well armed with spells and weapons and the legal power to pursue, fight and arrest bandits and all others who interfere with the mail, pacify monstrous threats, gather geographical data and otherwise do whatever is necessary to protect the communication and shipping system of the Cantons of Udra.

The Service has been existence for about 7 years now and, after a rough start, seems to be functioning well. In fact some of the best of the Service have been drafted in the Udran Army and Navy. Anyone can join the Postal Service as a recruited carrier. You don’t have to be a member of the noble classes, you don’t have to be human, you don’t need family or trade guild connections. It’s a meritocracy and anyone’s son or daughter will do.

All beginning carriers are divided into small squads, usually lead by one veteran carrier, and given packages and letters to deliver through dangerous routes. After the successful and speedy completion of a route, new carriers are evaluated and, depending on their skills and performance in the field, are assigned more difficult work, and possibly promotion.

Anyway, that’s where my new players are going to start. They may not remain there long or they might stay in for the duration. Who knows? But at least it’s a departure from “A hooded stranger approaches you at the bar–” cliché that so many fantasy role playing campaigns start on.

This entry was posted in Games, Going Postal, Udra. Bookmark the permalink.