A preliminary review of Roll20 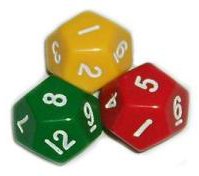 Despite all my quixotic efforts to be the hippest thing on this planet, many things still surprise me.

As early as 2003 (and 2005, twice.) I’d been wondering if there were software tools to do bookkeeping and physics for turn-based combat in pen and paper role-playing games. It turned out that there were, and I probably could have found out about them on the Web years ago, if I only knew these tools were called “virtual tabletops.” If I knew what to look for I would have realized that the technology had long caught up with the hobby a few decades ago. With the arrival of common broadband, Internet telephony, and shared workspaces, it is now possible for tabletop roleplaying gamers to create virtual living rooms, rec rooms and basements with players all over the world. And for the last two years, thanks to the insistence of my old dear friend, Lord Odinmank, I’ve been running a new plot in my campaign Udra with players in NYC, Bahrain, and Thailand. For me this has been a revolution.

And just yesterday, one of my other old, dear friends, the Bakafish, introduced me to a virtual tabletop that turns out to be easier to use than RPTools: Roll20. Since yesterday I’ve playing around with it, loading data in preparation for my game session this coming Sunday. And I decide to give my first impressions of it.

Roll20 is browser based, built in Flash and AJAX. This means it runs in any recent browser on most platforms (Probably even most mobiles and proprietary tablets.) without installing any or much additional software. It contains the following functions:

Of these things, the videoconferencing and jukebox seem the least necessary to me, as I rarely play music during my game sessions and I already have a subscription to Skype. But I guess if Tokbox is free and works reliably for everyone, I might cancel my Skype subscription? We’ll see.

In uploading images and maps to Roll20, it gives me lots of ways to manipulate things but I wonder if it is as powerful as RPTools. I won’t know until:

It might be that RPTools is better at really keeping track of the rules bookkeeping, which in D&D 3.5 is pretty intense. Roll20 seems to be more rules system neutral but may have many features that it sufficient for my needs. Roll20 definitely seems easier to use and is better documented than RPTools.

Roll20 is a third party service and seems to have no easy way for me to export all my data, just in case the service crashes or ceases to exist. RPTools is open, decentralized and peer-based, which is better I think. For the same reason I dislike Facebook, I may come to dislike Roll20. Peer-to-peer is better than centralized, third party services, even if a little harder to use.

But I’ll post a later, more detailed review after a few sessions use of Roll20.

This entry was posted in Games, The Internet, Udra. Bookmark the permalink.