My Most New Wave of T-Shirts

Long ages of the Earth ago, in 1982, when I was 19, my mother bought me a t-shirt for my birthday (Or was it Christmas?) that had this single panel illustration on it as a sort of a parody of Mary Worth or something: 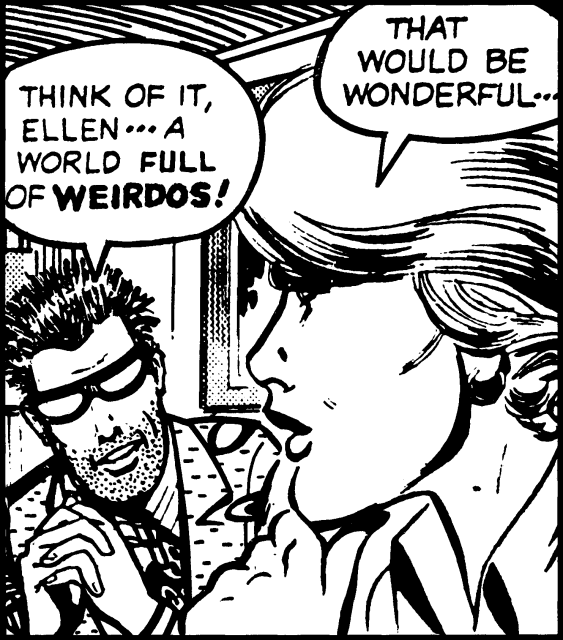 Only, in that oh-so-eighties-style, the lines were pink and the background (The t-shirt itself) was black. Never ever learned who drew it or if it was art for a band or not. The t-shirt was a cotton/poly blend and essentially pilled itself into the trash 30 years ago.

For me, if the irony of American life hadn’t begun with Dr. Strangelove, the Dead Kennedys and Steve Martin, it probably would have began here.