About two years ago I wrote a brief update on a longer essay I wrote back in 2005, titled “Education Stinks.” The gist is that despite all the new forms of technology and multimedia we dumped on students over the last century, education really hasn’t improved. It still takes about 20 years to make a mathematician or brain surgeon. There isn’t a science fictional Mandarin language course in pill form. The educational revolution of Van Vogt’s nexialism still doesn’t exist. 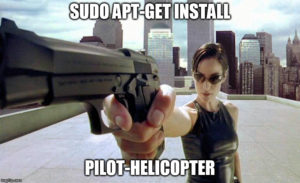 In the second installment of this ongoing series of essays, I pointed to YouTube smart guy, CGP Grey‘s video about “The Digital Aristotle.” There he hinted that technology may  allow for super-individualized education–every computer a tutor–tuned to each student’s idiosyncratic learning style. What I didn’t know was that another YouTube smart guy, Veratasium, had made a video rebuttal to “Digital Aristotle.”

In that rebuttal Veratasium covered the history of technology introduced in classrooms and how each change never quite gave us the revolutions promised. In a later video, shown below, he explains why education is so difficult. Basically it’s down to the way the brain has evolved. It’s hard to get people to deeply learn and memorize complicated subjects:

Why is this so important to me? Well, intelligence amplification ultimately depends on education and, education is one of the key drags identified by Bob Seidensticker as working against technological exponentiation.

This entry was posted in Accessibility, Science and Engineering, The Future. Bookmark the permalink.