Or, what few, vapid ideas Mr. Farlops could think of to spur discussion in his bulletin board.

History is not a fractal and history is not a cycle. History is an infinite landscape that always changes, and while looking self-similar in parts, never repeats. Progress doesn’t lead to some final resolution. Progress replaces old problems with new ones.

The world continues to shrink. There is an idea, currently fashionable in some quarters, that the world should balkanize into tiny little microstates and bioregions. I thought this was an idea that failed and died with the Middle Ages. We must move on to grander things. I think I’ll see a global government within my lifetime. Some folks hate the idea of a global government but, they are ignoring all the trends moving in that direction. I think a global government will solve some of the problems that have been vexing us for most of this century. Of course it will create new ones in the process but, everything is a mixed blessing. I think it will be more positive than negative. 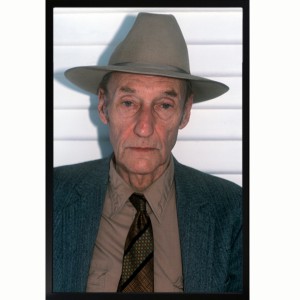 “I am getting so far out, one day I won’t come back at all.”

Why is cool always associated with youth? The great blues artists get cooler and cooler as they get older and older. William S. Burroughs got cooler as he got older. He showed us that there was alternative to the artist dying from suicide at a young age–just get older, grittier, more psychotic, cynical and paranoid as time goes on–die old and testily with an unfinished agenda. That’s truly cool.

Y’know what I think would be really nifty? What if we could power the human body with solar energy? Instead of eating, we could just lie in the midday sun for a few hours and be good to go for the rest of the day. We’d still have to eat and excrete a little bit, if only to add to and replace the materials our body needs to repair itself but, think of it! If we were solar powered that would dramatically lessen our impact on the environment. A good 60 to 80 percent of the farmland in the world could be allowed to go wild again. Our sewage bill would be much smaller. Cooking would become a true art form as opposed to a skill needed to survive.

We’ve been too big for this planet for thousands of years now. Hunter-gatherers of ages past were responsible for mass extinctions all around the world. Our environmental record has never been very good. What we need is a backup copy of the Earth while we learn to stop trashing this one.

Why is battery technology so backward? Like cathode ray tube technology, which is over a hundred years old, it seems stuck in the nineteenth century while the rest of electronics seems hell-bent shrinking to quantum dot size. Why is that?

I read someplace that noise, that is truly random noise, can be thought of as a maximally complex thing. If you imagine noise as a collection of dots in phase space, you can map an infinite number of connect-the-dots pictures onto that collection. Basically you can get nearly any coherent pattern out of noise if you apply the right filters. If you imagine an in infinitely complex thing, the thing you wind up with looks like noise. This makes me wonder about that new SETI project found at the SETI@home Web site. The project works like this:

Maybe you see where this is headed. See, if noise can have an infinite number of patterns mapped onto it, isn’t there a possibility we may fool ourselves? Wouldn’t the aliens, if they wanted to talk to someone, be a lot more obvious about it?

This entry was posted in Miscellaneous, Personal. Bookmark the permalink.