The emotional equivalent of our retina being wired in backwards 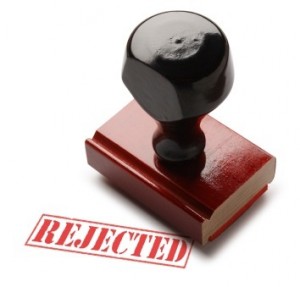 This a post that is mostly out of character for me but, a few hours ago, some facts and concepts that I’ve long known rearranged themselves in my head and struck me as remarkable. Oddly this was in an area I mostly could give a tinker’s cuss about: human courtship. (The main reason I could give a tinker’s cuss is because I’m in a long, stable and happy relationship and I’m a middle aged adult. This turns the anxiety level down enormously.)

As a nerd decades ago, my urge to analyze the ever livin’ crap out of everything brought me to the conclusion that there many aspects of human courtship that were simply ridiculous. I found many examples of things that people do that just don’t make any rational sense.

For example, flirtation stuck me as a lying, delusion and full of self-deception. I just wondered why couldn’t people just be utterly straight forward and transparent about their intent with other people, other romantic prospects? Why all this circumlocution and evasiveness? One answer came to me immediately, years ago. Flirtation, at least in part, was a kind of emotional armor. The pursued and the pursuer can both laugh it off if the serious invitation to romantic involvement advanced by the pursuer is lost in the noise of meaningless, joking, vaguely ribald witticisms.

But until just a few hours ago, it never occurred to me to explore the broken mechanisms behind all this need for emotional armor.

For example why doesn’t a woman just walk up to a man (Or a man to a woman or two gay men or two lesbian women, etc. etc.) that she’s interested in and just say, “Hello, we just met but I’m interested in knowing you better with the potential for romantic involvement later own. What do you say to a date to explore this potential?” This almost never happens, ever.

The reason is that it mostly fails and, we irrationally get far too wrapped up in each failed attempt. Our self-confidence is eroded and we are blind to the idea that there is a future where enough attempts eventually will result in success. This is completely irrational and indicates a bad emotional bug in our system. This the emotional equivalent of our tracheae and esophagi crossing and introducing the hazard of choking. This like our retina being wired in backwards and introducing a blind spot to our vision.

Evolution is a notoriously bad optimizer. It just goes with what works well enough and doesn’t plan ahead for better systems. Emotions aren’t bad. They are absolutely vital to consciousness itself. I’m just saying the system could be designed better.