This could be the decade of tiny robots 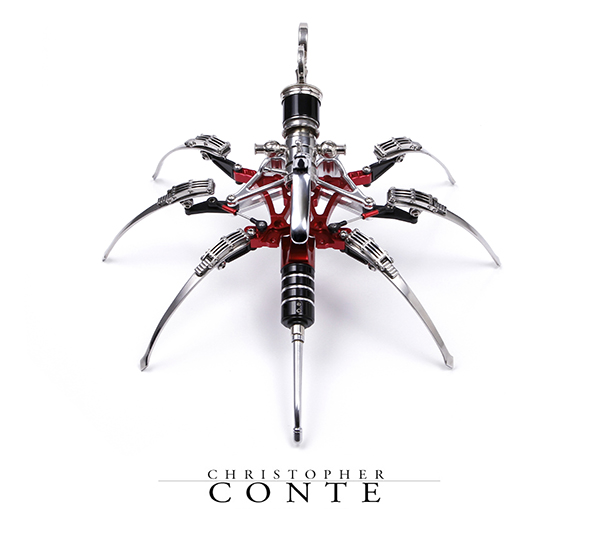 I’ve just noticed something that has been slowly happening over the last ten or twenty years. New technology and manufacturing techniques will soon make it possible to make millions of tiny machines, perhaps even microscopic robots, cheaply.

For example, it has now become possible to make supercapacitors out of layers of graphene (As also described in Nature Magazine.) very cheaply. These graphene supercapacitors (Vimeo has video on how UCLA’s Ric Kaner and his team made graphene supercapacitors.) can be very small while having large electrical storage capacity and quick recharge times. Supercapacitors, by themselves, are revolutionary and will make major changes to electric cars, solar and wind energy production and usage, as well as making consumer electronics cheaper and more convenient to use. But Professor Kaner and his team of researchers are mostly focused on what this might do microelectronics.

Which brings me to the next point. Over the last 5 or so years, another team of researchers at Harvard have perfected techniques for the manufacture and assembly of insect sized robots. The Harvard Microbotics Lab have made a tiny electromechanical bee by laser etching laminated materials and a popping and folding assembly process, as described in this video.

So what does this all mean? Well, basically, little tiny robots with very long battery life. Considering all this sudden progress, I think the coming decade is going to end with these tiny robots being used by the military, the government and by business to all kinds of things–some of which might be very disturbing, like spying on people completely unobtrusively. Buildings might deploy solar powered artificial barnacles that scrape off graffiti or repair tears in carpets. Artificial bees might fertilize food crops for us. Artificial ladybugs might grind pests into mulch. Robot ants might disinter and disarm mines in war zones.

Or, and this is harder for me to guess at, millions of robot termites might one day work in factories using scanning probe microscopy to quickly and cheaply make smaller machines still, the nanomachines Drexler promised back in the 1980s.