Thinking about getting myself a toy! 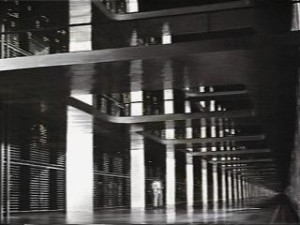 So back in May, after serving her well for 10 years, the power supply on my mother’s venerable Dell Optiplex (Which was a very well made machine in my opinion.) finally died. So I told her, we could go hunting around for a compatible power supply to fix the machine or, far more simply, just give her one of my extra machines that I built a little more than two years ago.

I gave her Avant, which was what I called the machine I built inside of my friend Jason’s old, aluminum Cooler Master case. I’ve kept Banshizuka, cause it was a shade quieter and had most of my games on it. (For the record, I had two desktops, Avant and Banshizuka, and a Linux netbook called Farlops.) My mother still has dialup but Avant has no modem so, she’s thinking of getting broadband. That’s another story.

But now, after my birthday, I’m lusting after new hardware. I want to make the jump to 64 bit and the ton of RAM that allows for. I want a high performance GPU for gaming but I still want things to be very quiet. I also want to get into storing and playing huge files like movies and music.

I also want to back up many old files I have scattered over a bunch of old hard drives, include e-mail dating back to the early nineties, and CDs. This should take up a tiny amount of space on the multi-tebibyte storage they have now. If I don’t do this and check to see if I can still open all those ancient files, I will lose a part of my history to bit rot and format obsolescence.

I might build my own again but I was thinking of keeping it simple and getting something from Endpcnoise.com because they are a local business and because they optimize for quiet machines. I was thinking getting a machine based around a case that strongly isolates parts and compartmentalizes cooling. Either way, I’m gonna get some new gear soon.

This entry was posted in Computer Support, Personal. Bookmark the permalink.