Old News About the Divided Internet

This fulmination I’ve repeated many times and is about ten years out of date. And it’s full of remarks that people smarter and better paid than me have already long made.

My time online is now divided between two realms. The open, decentralized Internet and the centralized, proprietary, walled gardens of social media companies. And it seems now that most people think the second realm is the Internet.

That’s because the various social media companies have built all kinds of spiders, aggregation tools and code to pull all the content off the decentralized Internet into their realm. This is why Crowley, Zuckerberg, Dorsey and many others have made a lot of money–because the vast majority of people, henceforth referred to as “layer eight”  in this essay, aren’t into information technology.

In the best of all possible worlds absolutely everyone would be their own Internet Service Provider and there’d be no reliance on third party companies, like telecoms or ISPs, at all. Ideally every box would be its own ISP that’s equal on a open, interoperable network of peers.

But really, most people don’t have the time. Ultimately this is why China can have their Great Internet Firewall or why the Egyptian Government could silence the Arab Spring just by turning off everyone’s phone service and it’s ultimately why Facebook and Twitter work. People just want to pick up their phones or smart watches, say something and have it propagated to all their friends, never mind the details. Some of us want to be hotrodders, the rest of us, the Layer 8, just wanna drive home from work without any hassles. 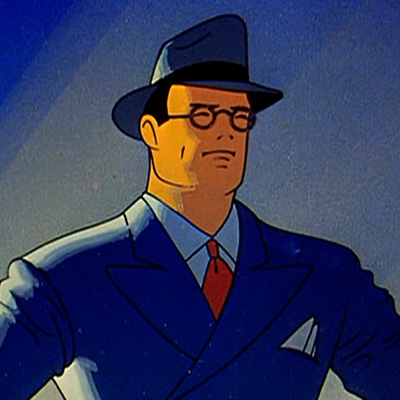 And then there is the social angle of presenting different faces to different groups of people. The Internet makes it possible for people to take up various degrees of anonymity (This is actually far more complicated than it first appears but for the sake of argument, let’s simplify.) and control over how they present themselves to others.

This is somewhat true in meatspace too. How you behave among old friends is very different than at work among strangers. You might be silly, irreverent and easy going at home and reserved, professional, respectful and polite at work. There are things you can talk about safely at home and among friends which are taboo out in the public world.

The most embarrassing things I could say, we’re talking Snowden/Wikileaks level stuff, I’ve never said yet. But if I did, I’d say it through ssh, tor and a chain of anonymizing proxies so long it would take governments decades to get warrants for. You know, sort of like that scene in Cryptonomicon where Randy Waterhouse illegally randomizes the Epiphyte mail server.

But getting that level of protection from really embarrassing stuff requires great technical skill and as I said, Layer 8 just wants to post stupid pet tricks on streaming media services. So once again social media companies step in to take the technical details out of user hands. Instead you just click a radio button, submit a form and then trust that Zuckerberg has hidden your embarrassing beach photos and drunk bar videos from the general public.

This doesn’t always work though given various single points of failure, the chief of which is believing that the cloud is distributed, decentralized and redundant, when it most emphatically is not. The marketing weasels may assure us otherwise but the truth is local computing is never going away.

Anyway, to summarize and focus things, it just makes me sad that the Internet is now divided. I mean I accept it’s reality and I understand, given the nature of Layer 8, this division is not going away.  This is really a long winded way of saying I’ll probably posting more third party hosted multimedia, will continue to use social media services even though I don’t have any real control over them and will probably buy a smart phone pretty soon despite the slowness of Project Ara.

This entry was posted in Personal, The Internet. Bookmark the permalink.